Home › Airlines › Now This Is Sweet

Now This Is Sweet 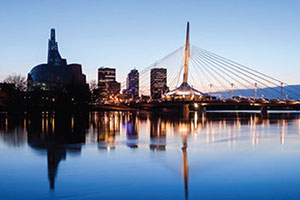 WestJet has unveiled plans to connect two long-standing WestJet destinations with the addition of service between Winnipeg and Abbotsford.

As well, the airline announced 21 incremental flights across the network that will serve both business and leisure travellers.

Beginning April 30, 2017, WestJet will add Abbotsford as its 13th non-stop destination from Winnipeg and will increase frequency on routes to Edmonton and Hamilton.

WestJet has served Abbotsford since 1997 and Winnipeg since 1996.

With these additions, WestJet will operate 60 weekly departures from Abbotsford and 204 departures from Winnipeg by May 2017, reinforcing WestJet’s position as the number one air carrier in both these markets.

“WestJet has built its reputation as Canada’s low-fare leader since 1996 and these flights further solidify this position. WestJet has proudly and consistently served the people of Abbotsford, the lower mainland and Winnipeg for more than 20 years while many other airlines have come and gone. Our reputation as Canada’s low-fare leader is a position we will maintain as competition increases. We are pleased to connect two important WestJet markets this summer.”

As well, WestJet also announced it will increase seasonal capacity on a number of other existing routes.

Starting May 2, Edmonton and Hamilton will add six weekly flights for a total of 10 and on May 6, flights between Hamilton and Halifax will increase from seven to eight weekly flights.

All flights will be operated on board WestJet’s Boeing 737 aircraft featuring Plus seating and WestJet Connect, WestJet’s inflight entertainment system accessed directly through smartphones, tablets or computers.

Go to http://www.westjet.com for more.