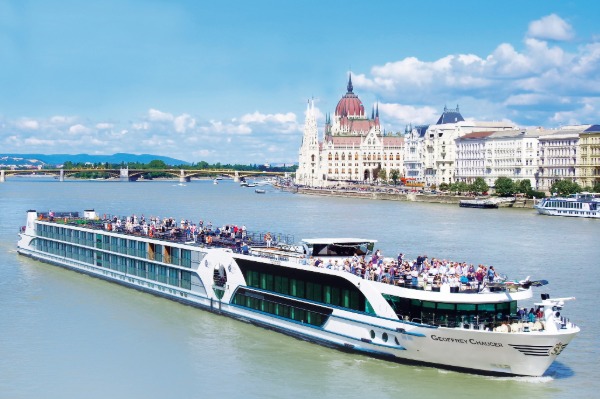 U.K.-based Riviera, which operates 12 luxury river cruise ships in Europe, conducted the study as part of a “Less Is More” campaign to promote the positive aspects of river cruising in 2021.

To celebrate the campaign, travel advisors will have a chance to win a free cabin on a 2021 river cruise.

For more sail on over to https://www.rivierarivercruises.com .

Marilyn Conroy, Riviera River Cruises’ executive vice president sales and marketing North America, noted that: “In the past, there’s been little crossover between ocean and river cruising, with ocean cruising accounting for a significantly larger share of the market. Right now, however, we feel there’s an opportunity to showcase the benefits of river cruising to that audience, which previously may have discounted this form of travel.”

Conroy continued: “Our intent is to highlight that river cruising shares many of the aspects of cruise travel they love with additional benefits that address some of the concerns they may have about ocean cruising when ships begin to sail again. They don’t have to look away from cruising altogether – instead, they can look toward rivers as a fantastic alternative.”

Riviera’s study identified some of the concerns ocean cruisers may have, including the number of passengers on board and “sea days.” For example, it showed that for 84% sharing the experience with fewer fellow passengers was a key reason to prefer river cruising, while being docked at a destination every day was an important consideration for more than 50%.

Go to https://www.rivierarivercruises.com for more.