Home › Airlines › PAL Brings The Joy Of The Season

PAL Brings The Joy Of The Season 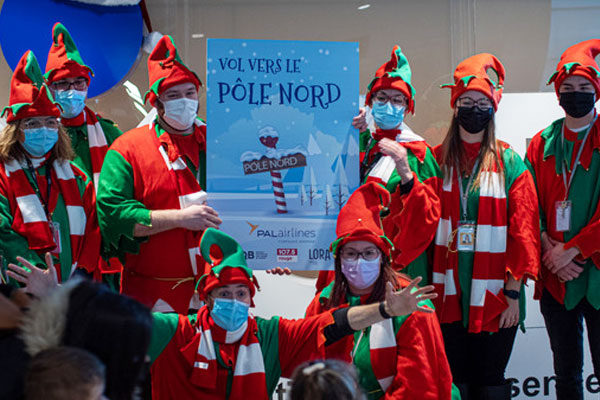 In mid-December, PAL Airlines and its partners brought some Christmas magic to 30 children from the Quebec City region.

The magic happened at the Quebec City airport and PAL and its partners took the kids on a visit to Santa Claus in the North Pole.

For most of the kids, it was their first flight and, naturally, there were lots of smiles and lots of excitement.

And what better place for a kid to go on their first flight, but the North Pole.