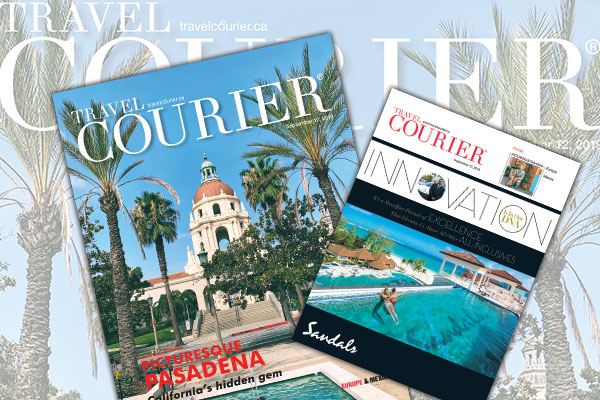 It all started with a desire to escape winter — and a dream of being citrus farmers.

After a particularly miserable winter, Julia Long, the founder of Pasadena Walking Tours, explained that Pasadena as we know it today was founded by a group of people from Indiana who searched high and low for the perfect destination to produce lemons, oranges and grapefruits.

“They called themselves the Indiana Colony,” Long said walking through the city in Southern California. “The winter of 1872–73 was apparently pretty horrible so they decided that there just had to be a better way of life than dealing with winter.”

Eventually changing its name to Pasadena to represent a Chippewa word meaning “crown of the valley,” early postcards from the region depicted sunny citrus groves set against the backdrop of mountains along with the headline ‘Pasadena in winter.’

“The idea was that you were sending this back to home and saying this is our winter,” she said. “And that’s how the Rose Parade got started. It was very much an ‘aren’t you jealous’ kind of thing because this is January 1 in Pasadena.”

From its agricultural past to tracing the rise of the renowned New Year’s Day celebrations, Pasadena is packed with history, architecture, art, science, shopping, entertainment and dining for clients to discover.

Located less than 20 km from downtown, the charming destination can easily be combined with a trip to Los Angeles or packaged as an alternate hidden gem to explore for clients looking for somewhere new to go beyond Hollywood, Beverly Hills or Santa Monica.

For more, check out this week’s digital edition of Travel Courier or visit the new web edition at www.travelcourier.ca .