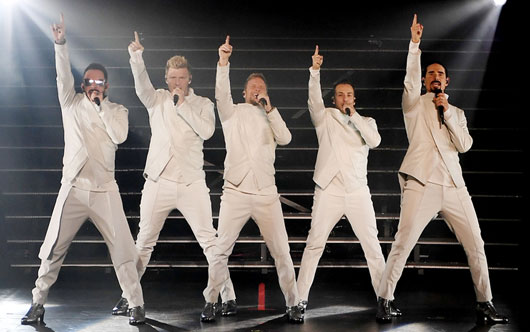 Backstreet’s back, alright! Last night (March 2), the best-selling boy band of all time, Backstreet Boys, proved to be “Larger Than Life” at their premiere performance of the appropriately-titled “Backstreet Boys: Larger Than Life.” Marking the beginning of their exclusive Las Vegas headlining residency at The AXIS at Planet Hollywood Resort & Casino, the pop juggernaut unveiled their show to a sold-out crowd and multiple standing ovations.