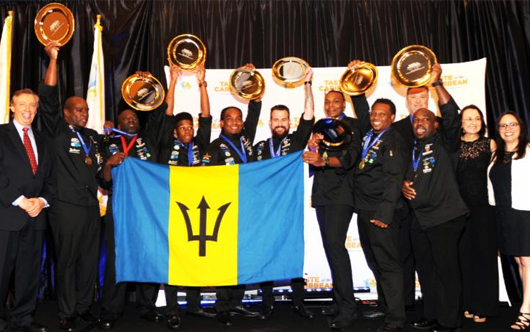 Barbados is the Caribbean National Culinary Team of the Year. The Bajan team won the top honours in the finale of the 2017 Taste of the Caribbean culinary competition at the Hyatt Regency in Miami, after also bagging individual honours for Ryan Adamson, Caribbean Bartender of the Year, and Damian Leach for Seafood.