Home › Pix of the Trade › Carnival Brings Some Sunshine To Norfolk

Carnival Brings Some Sunshine To Norfolk 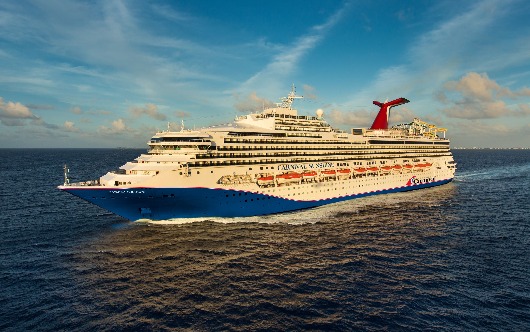 Carnival Cruise Line has announced that the first series of year-round cruises from Norfolk, Va., are now opening for sale as the cruise company continues to plan its biggest-ever operational schedule from Virginia.

This first phase will offer sailings on board Carnival Sunshine from Feb 18, 2025 through April 2025, with plans to open further itineraries in the coming months.

Christine Duffy, president of Carnival Cruise Line, said: “Carnival Sunshine is the perfect ship to usher in this next step for service expansion from Norfolk’s Half Moone Cruise Terminal, and as we work closely with city and port officials on our plans to increase from seasonal to year-round operations, we’re delighted to open these sailings for sale, so guests from all over the southeastern U.S. can start doing some planning of their own for 2025. We’ve been sailing from Norfolk since 2002, and we’re pleased to expand our offerings from this historic, charming community while strengthening our support of the local economy.”

Carnival Sunshine will rotate between six- and eight-day sailings and will visit popular destinations in the Bahamas and Eastern Caribbean, such as Nassau, Freeport, Half Moon Cay, Bimini, Amber Cove, Grand Turk, Half Moon Cay and Princess Cays.

Year-round sailing is the next step in an operational expansion for Carnival in Norfolk, as Carnival and City of Norfolk leaders continue to discuss necessary terminal and port improvements to support a further expansion of operations. Last month, Carnival announced plans to offer a six-month series of four- to 10-day voyages aboard Carnival Magic in 2023.