Home › Pix of the Trade › Coppola sets sail on QM2 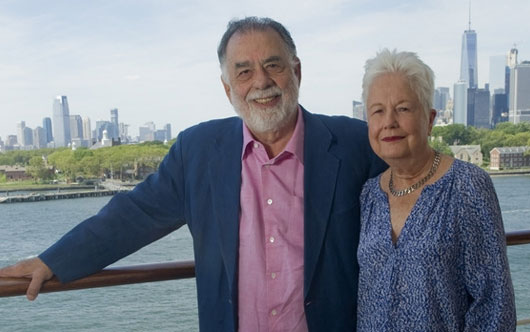 Renowned screenwriter, film director and producer Francis Ford Coppola recently embarked on an eight-night transatlantic crossing on Cunard’s Queen Mary 2. During his voyage, the three-time Academy Award winner enjoyed some relaxation at sea with his wife Eleanor. “Beautiful voyage,” he said once he disembarked in Southampton, England. “Everyone was so gracious and attentive to us.” Coppola has previously sailed across the Atlantic on Cunard’s famed QE2.