Home › Pix of the Trade › Disney Wish Floated Out 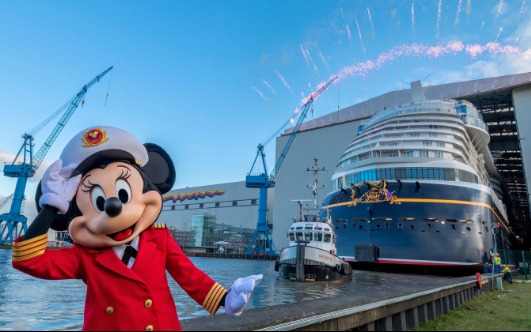 The Disney Wish was floated out at the Meyer Werft shipyard in Papenburg, Germany, giving the world its first look at the newest Disney Cruise Line ship. Naturally, the major construction milestone was celebrated in true Disney style with fireworks, musical fanfare and a special appearance by Captain Minnie Mouse.

And, in case you were wondering: