Turkish Airlines Takes Off At The Super Bowl 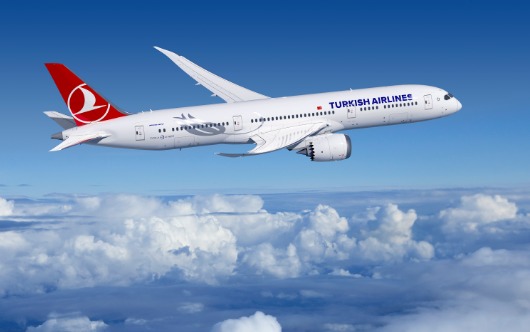 On the heels of a successful year of increased demand and recovery for the airline industry, Turkish Airlines is launching a global advertising campaign. Centered around the concept of Pangea — which millions of years ago was a single and connected supercontinent — the campaign stars Morgan Freeman narrating an inspiring message about reunification and reconnection of people and their worlds.

The commercial debuts online today (Feb. 10) and will air on American television during the second quarter of Super Bowl LVI on Feb. 13.

The campaign’s concept pays homage to Turkish Airlines’ extensive connectivity as the global carrier that flies to more countries than any other airline, offering a “We are all connected” message as the world prepares for a bright and promising future. “While today Pangea no longer exists, Turkish Airlines is proud of reconnecting people with their loved ones and fostering this sense of reconnection, as the global airline bringing more people and countries together,” the airline says.

It continues: “Through this new campaign, the leading carrier is powerfully communicating its objective to ‘make far feel close’ and ‘bring there to here,’”

To bring the story to life, Turkish Airlines commissioned renowned actor Freeman, who was also featured in the airline’s 2017 campaign.

The campaign, which began production in September 2021, was shot on location in Istanbul and New York. In addition to live action footage, the commercial also features computer generated animation scenes that depict continents and landmasses reconnecting to illustrate Pangea in an arresting and visual way. ‘Pangea’ will air in 136 countries.

Turkish Airlines connects countries and cultures from 334 destinations across 128 countries spanning five continents. In addition, with a centrally located hub between the continents of Europe, Asia and Africa, Turkish Airlines provides excellent connectivity through the new Istanbul Airport.