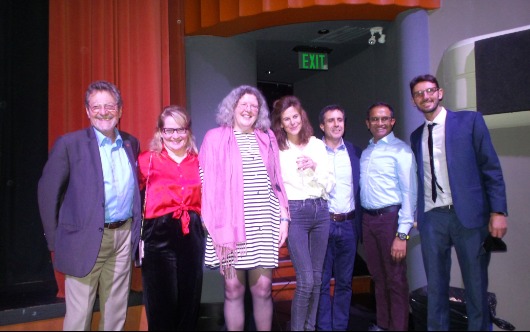 The 2021 European Union Film Festival got underway last weekend and continues to Nov. 28. For the second, and hopefully final time in the long history of the EUFF, organizers are presenting the Festival online and, also like last year’s edition, making it available not only in Ottawa, Vancouver, and Toronto, but all across Canada.

At the in-person opening of the festival in Toronto were the EUFF board and some festival sponsors.