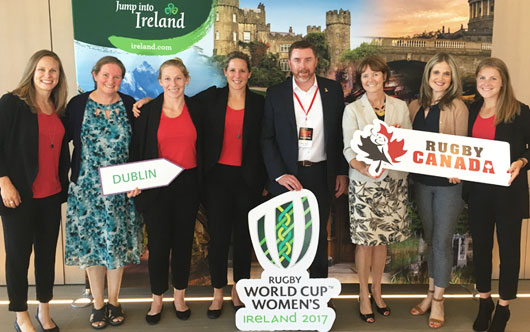 Rugby Canada hosted a special event in Toronto this week to celebrate the national senior women’s rugby team before their departure for Ireland and to recognize the accomplishments of all Canadian female athletes. Tourism Ireland was one of the official promotional partners at the event to wish the team well and to raise the profile of the tournament, which takes place in Dublin and Belfast next month. At the event, Tourism Ireland ran a contest to highlight the Women’s Rugby World Cup, with the chance to win a trip for two to Ireland, including tickets to one of the Women’s World Cup matches. The tournament pool stages kick off on Aug. 9 August in Dublin with the finals to be played in Belfast Aug. 22-26.