Home › Pix of the Trade › Loud and Proud in Tel Aviv

Loud and Proud in Tel Aviv 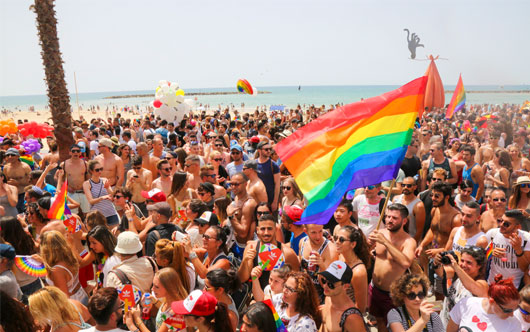 The largest-ever Tel Aviv Pride Parade took place today (June 3) with the participation of more than 200,000 people from Israel and abroad, making it the largest in the Middle East. The spotlight of this year’s Nonstop City’s Pride Parade was “Women for a Change,” highlighting the role of women in the LGBTQ community. The Tel Aviv Pride Parade marked the beginning of the European Pride season. In 2011 Tel Aviv was selected the Best Gay City in the world by GayCities.com.