Home › Pix of the Trade › Lynx Air Arrives In Toronto 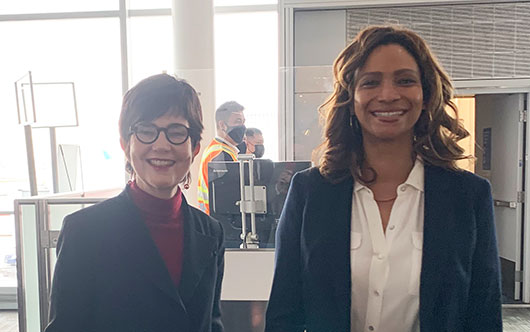 The carrier’s inaugural Calgary-Toronto flight arrived at Pearson Airport yesterday (April 11, 2022) as the carrier ramps up its operations in Canada.

Lynx Air has ambitious growth plans, with commitments in place to grow its fleet to 46 Boeing 737 aircraft over the next five to seven years. 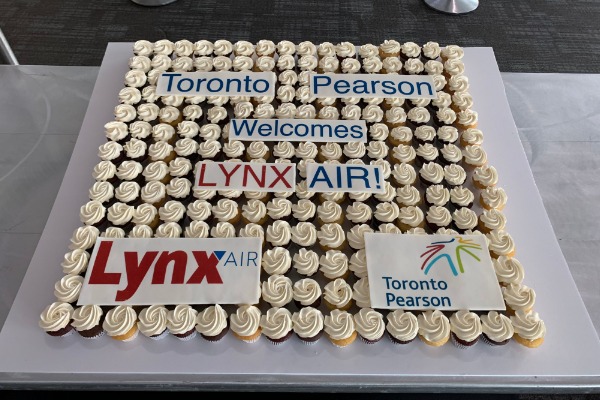 The airline currently employs 165 people and will grow its workforce to more than 400 by the end of the year.

Go to www.Lynxair.com for more.

Seen in the photo from l to r, are Lynx’s Air CEO Merren McArthur being welcomed by Deborah Flint, CEO of GTAA to its inaugural flight to YYZ from Calgary.