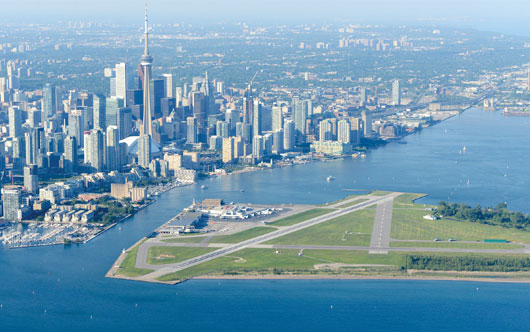 For the second year in a row, Billy Bishop Toronto City Airport has been voted by travellers as having one of the top 10 Most Scenic Airport Approaches in the world. PrivateFly reports that Billy Bishop Airport ranked sixth (compared to seventh in 2015) in their annual global poll to determine the world’s most scenic airports, once again making it the only Canadian airport to be recognized. Other airports listed in the top 10 include Barra Airport in Scotland, Queenstown Airport in New Zealand and Nice Côte d’Azur International Airport in France. More than 7,500 votes cast by travellers from around the world determined this year’s top 10 airports.