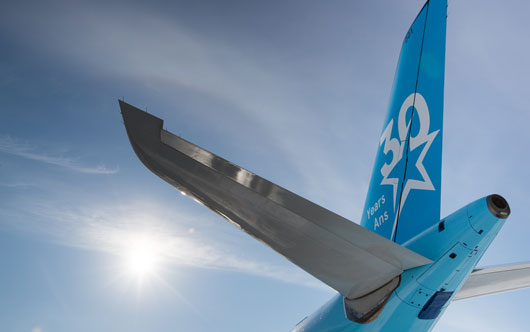 Air Transat has unveiled the first of its 30th anniversary aircraft displaying the recently introduced anniversary logo that highlights the company’s 30-year history and the Transat group’s star emblem. The special livery will be displayed on three of the carrier’s Airbus A330-300 aircraft, which fly Montreal-Paris and Toronto-London routes, and also serve Punta Cana and Cancun. And, to celebrate, the company has a variety of surprises and special activities planned throughout the year for vacationers, for its partners (including travel agencies), and for its 5,000 employees in North America and Europe.