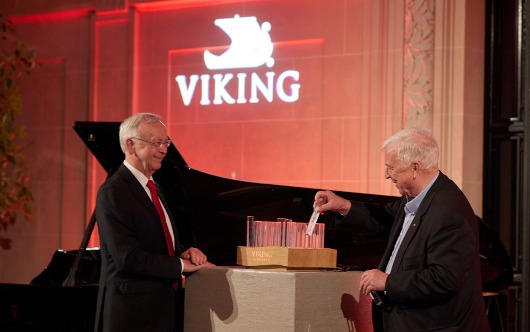 Viking welcomed eight new river ships to its fleet during a recent celebration in Paris. Of the eight new Viking Longships, four ships – Viking Fjorgyn, Viking Kari, Viking Radgrid and Viking Skaga – are built specifically to navigate the Seine River and bring guests to the heart of Paris with an exclusive docking location at Port de Grenelle, just a short walk from the Eiffel Tower.

The naming of the new river ships comes as Viking continues its 25th anniversary and a year of multiple milestones. In January 2022, the company launched Viking Expeditions and its first Polar Class vessel, the Viking Octantis. By the end of the year, Viking will have also welcomed a second identical expedition ship, as well as two new identical ocean ships, new purpose-built vessels for the Nile and Mekong rivers and new Mississippi River voyages.

Torstein Hagen, Chairman of Viking, said: “As we mark 25 years of sailing the iconic waterways of the world, it is always a proud day when we welcome new ships to our fleet and offer more opportunities for curious travellers to explore the world in comfort. Today we are especially pleased to honor eight talented and accomplished individuals as godmothers of our newest river ships, and we look forward to the start of another season of European river voyages.”