PONANT Adds To Its Fleet 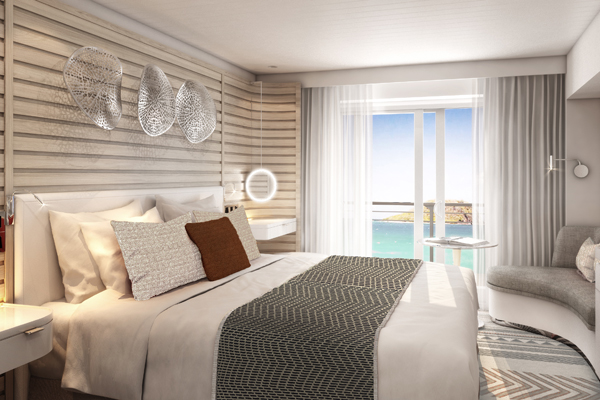 PONANT has welcomed its ninth ship to its fleet and the fourth in the PONANT EXPLORER series – Le Dumont-d’Urville.

PONANT took delivery of Le Dumont-d’Urville as the ship left the port of Søvik, Norway for Bergen, ready to depart on her maiden cruise in mid-June.

Jean Emmanuel Sauvée, CEO of PONANT, said, “Such a delivery rate is a first in the history of the French merchant navy: this is the fourth ship in the PONANT EXPLORERS series delivered in the last 12 months. The substantial expansion of our fleet .allows us to offer our guests an increasing number of destinations, exceptional voyages and high-quality services. Market feedback is indeed excellent with very high levels of bookings.”

With 92 rooms and suites, all with balconies or private terraces, sleek and elegant exterior lines and a refined design, Le Dumont-d’Urville joins its sisterships featuring the latest technology and innovations while respecting the environment. Le Dumont-d’Urville also features PONANT’s pioneering concept the “Blue Eye.”

This underwater multi-sensory lounge allows guests to discover and experience the underwater world through two giant windows resembling the eyes of a whale looking out to the seabed. Non-intrusive underwater spotlights reveal the views while hydrophones built into the keel capture the natural symphony of the sea and Body Listening sofas offer sensory accompaniment by vibrating in unison with the sounds.

Le Dumont-d’Urville’s maiden season begins Aug. 7 with an eight-night sailing called the Historic Cities of the Baltic Sea. From there, the ship will continue to the French coasts and the Mediterranean with stops in Honfleur, Lisbo and Dakar.

For more, sail on over to www.ponant.com.