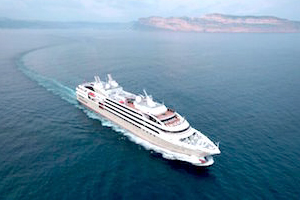 PONANT will be returning to Cuba for a second season. with sailings scheduled for Jan. 25 to Feb. 3, 2019.

Passengers who book early can save up to 30% resulting in fares that start at $7,980 per person and include airfare from Miami as well as two pre-cruise nights in Havana at a hotel.

PONANT’s Cuba cruises will be aboard the 64-guest Le Ponant – a three-masted sailing yacht – with ports of call including Santiago de Cuba, Trinidad; Punta Frances on Isla de la Juventud; and Cienfuegos. And for the first time, the fare includes two hotel nights in Havana.

Airfare from Miami, two nights in Havana, all meals, and on-board entertainment are among the ingredients included.

For more, sail on over to https://us.ponant.com/ .