Caribbean Hoteliers Look Ahead In 2017 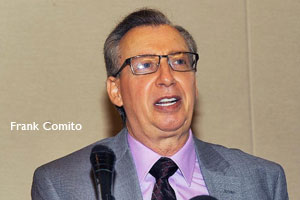 The Caribbean tourism fared well in 2016 and industry stakeholders are generally upbeat about the year ahead, despite the fact that many hoteliers were forced to adjust their high performance expectations for 2016 as the year progressed due to unforeseen events.

Frank Comito, director general and CEO of the Caribbean Hotel and Tourism Association (CHTA), released the results of the group’s Industry Performance and Outlook Study which revealed that “more than four out of five (81%) hoteliers have an encouraging outlook for tourism in 2017.”

Comito said that the survey, conducted by CHTA, was undertaken “to assist the organization in gaining a better understanding of the state of the tourism economy, its outlook, and the degree to which a number of factors impact or may affect the tourism industry.”

In 2016, hoteliers reported an even split on revenue performance with 47% recording an increase and a similar percentage reporting a decrease. While expectations for the year were higher initially, last year’s mixed performance came after an exceptional year for Caribbean tourism in 2015.

“Hoteliers entered 2016 with high performance expectations but these were tempered as a combination of unanticipated factors surfaced during the year.”

The events referred to included a warmer than usual winter in the region’s primary feeder markets, Canadian and UK exchange rates, Brexit, the threat of Zika, and political and economic uncertainty in parts of the world, according to the survey respondents.

Despite this, the profitability picture improved over the previous year, with most hotels registering a net profit in 2016. Seventy-eight percent of respondents reported a net profit while 22% reported a net loss. Looking ahead, in 2017 more than two-thirds (67%) anticipate an increase in revenue, and 56% expect a slight improvement in profits.

Of note was the fact that about 55% of hotels increased capital expenditures in 2016, with a quarter of those investing more than 10% over what they did in 2015.
Said Comito:

“This is a positive sign and an indication of long-term confidence by Caribbean hoteliers in the industry.”

For more go to http://www.caribbeanhotelandtourism.com .

Seen in the photo is the CHTA’s Frank Comito