Home › Events › Powering Up For A Positive Future

Powering Up For A Positive Future 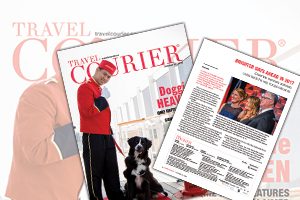 A survey of Ensemble member travel agents on their views of near-future prospects for the travel industry was released during the recent Ensemble Travel Group annual conference – and the views were decidedly upbeat, reports Ted Davis in this week’s digital edition of Travel Courier.

The 2016 international conference was held in San Diego at the Manchester Grand Hyatt hotel, where about 900 travel agents, agency owners, suppliers and partners from the US and Canada assembled for four days of information exchange.

The conference theme of “Power Up” gave credence to the survey results, which indicated that members see brighter days ahead for the sale of travel.

The Ensemble Insights Survey, conducted in September, reflects the input of nearly 200 members across the US and Canada, and was especially optimistic for Europe vacation prospects.

Some 62% of the respondents expect overall bookings and sales to increase in 2017 as compared to 2016, with Europe rebounding for 46% of the participants in the year ahead.

That was a big turnaround compared to the anticipated decrease in bookings to Europe expected by 49% of respondents in 2016.

Supporting the resurgence are the choices of Croatia, Iceland, and Ireland as the top spots that clients have shown a new or renewed interest to visit, other than traditional favourites like Paris and Rome.

In the 2017 cruise category, 65% of the respondents expect bookings to increase as compared to 2016, with 42% indicating the premium segment will have the largest gain, followed by contemporary (30%) and luxury (28%).