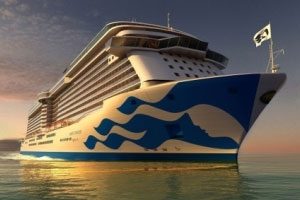 Princess Cruises has unveiled designs and key features of Majestic Princess, the newest and most luxurious ship in its global fleet.

Majestic Princess will sail its inaugural voyage on April 4, 2017, a five-day Adriatic Sea cruise roundtrip from Rome with stops in Kotor and Corfu.

Following that, Majestic will tour Europe, offering travellers a chance to experience the ship on seven-, 14-, 21- and 28-day cruises departing from Rome, Barcelona or Athens. A repositioning voyage will depart Barcelona on May 14, 2017, visiting Dubai and Singapore before arriving in Shanghai, its new home. Majestic Princess will begin its first cruise from its homeport in Shanghai on July 11, 2017, carrying 3,560 guests to a variety of destinations in Japan and Korea.