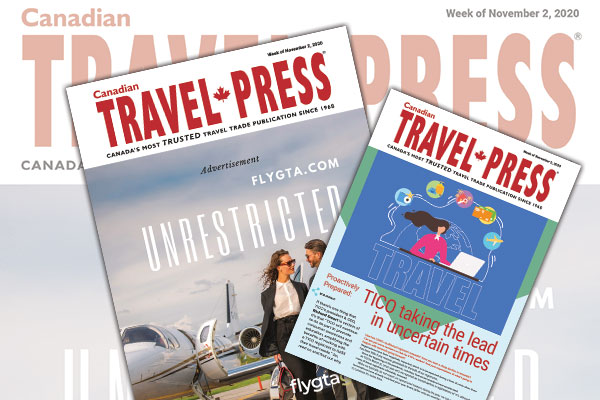 If there’s one thing that TICO’s president & CEO, Richard Smart is certain of it’s that “TICO will continue to do its part to promote consumer awareness and education, amplifying the benefits of working with a TICO registrant to fulfill their travel needs.”

In the second part of Smart’s conversation with Canadian Travel Press, TICO’s president and CEO notes that registrations have been negatively impacted, which is to be expected during a time of crisis when there has been little if any revenue generated for the bulk of our registrants.

And he adds that since the beginning of the pandemic, voluntary license terminations have accelerated.

In fact, in its March 31, 2020 year-end, TICO reported an overall decline in registrations of 11%, although many of these registrants ultimately renewed.

While we typically do not report on operational matters during the year, we can say that voluntary terminations have already matched prior year levels (after only six months), a trend that is expected to continue for some time.

For the full story, check out this week’s issue of CANADIAN TRAVEL PRESS.