Home › Destinations › Puerto Vallarta on Track for Another Record Year

Puerto Vallarta on Track for Another Record Year 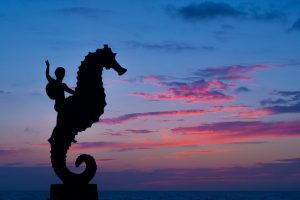 Mexico’s Puerto Vallarta is on track for another record year in visitor arrivals.

The Puerto Vallarta Tourism Board is reporting an increase of more than 6% in hotel occupancy for the first six months of the year, with an average occupancy rate for January to June of close to 90%, compared to 73% in 2016 and 70% in 2015.

Tourism officials credit the success to its consistent and proactive promotional and communication campaigns in its primary markets, including Canada, Mexico and the US, as well as emerging markets in South America and Europe for the continued increase in visitor arrivals.