PV Reports On Its Reopening Progress 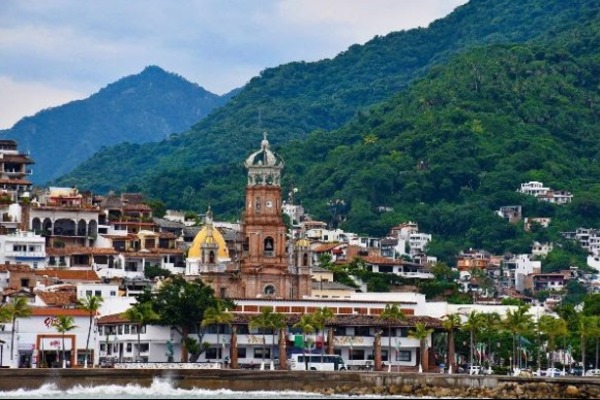 The first visitors to arrive in Puerto Vallarta since the reopening of its hotels and beaches in late June found not only a “renowned tourism offering intact but also a destination engrossed in health and safety protocols to meet the realities of a world of Covid-19,” tourism authorities say.

Local officials put the entire city of Puerto Vallarta under quarantine starting in early March. It has since undergone a multi-phase reopening process led by local officials following state, federal and international protocols. The process ultimately contributed to the State of Jalisco obtaining the “Safe Travels” stamp from the World Travel and Tourism Council (WTTC) in June.

The measures implemented in Puerto Vallarta began at Gustavo Díaz Ordaz International Airport — the destination’s main “filter” — which, thanks to its own internal protocols to prevent Covid-19, received the WTTC Safe Travels stamp. Social distancing is being practiced by airport workers, and thermal video cameras are being used as people enter the immigration zone, where electronic documentation is currently taking place. Disinfectant mats are used at all airport entrances and exits.

“The health and safety of locals and visitors are of the utmost importance across Puerto Vallarta. In addition to the preventive and precautionary measures at the airport, the city is requiring extensive and continuous sanitization in hotels, public transportation, and public spaces. Restaurants must maintain physical distance between tables and patrons, and establishments must place disinfectant mats at entrances. Local officials are also distributing antibacterial gel and conducting temperature checks,” authorities say. 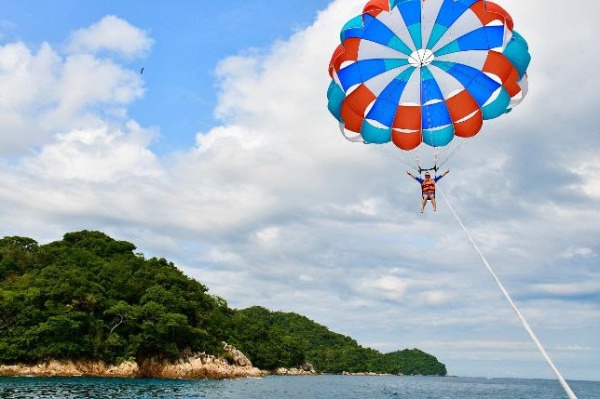 More than 45 hotels have reopened to visitors, with a maximum 30% occupancy, and are offering modified access to on-site restaurants, pools and beaches. A second group of hotels will open before, or during July, for the summer, and the remainder will open in the last trimester of the year, facing the winter high season.

Puerto Vallarta’s iconic Malecon waterfront promenade is not yet fully open to the public, only access points to restaurants and shops. Bars remain closed until the destination exits its current phase of the reopening process.

Connectivity has improved in a notable way.

Other U.S. airlines are waiting for growth in demand, while Canadian carriers await Canadian government approvals.

Given the dynamic nature of the situation, new measures are expected from Mexico’s federal and state governments, aimed at continuing to advance the reopening of activities in a gradual and safe manner.

Go to http://ww.visitpuertovallarta.com for more.