Eurail Expands Its Options For 2019

New Routes, More Ways to Save, Including Senior Discount 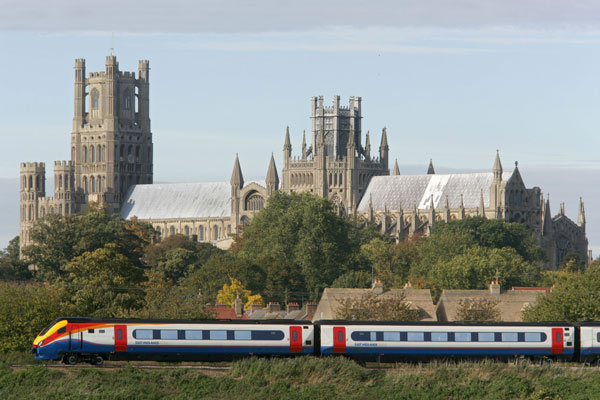 The Eurail Global Pass now features unlimited rail travel in 31 countries, with the addition of Great Britain, Lithuania and Macedonia. A new, more competitive pricing structure makes it a better deal as well. Compared to 2018 prices, Eurail Global Passes are now permanently up to 37% cheaper.

Travellers enjoy greater flexibility and do not need to decide up front where to go. Just begin travel within 11 months of purchase, and cover all multi-country travel with a single pass. Plus, with a price reduction of up to 37% on Eurail Global Passes, it becomes an economical choice even if travelling to as few as two countries.

Eurail Global Pass prices in 2019 are closely comparable to the 2018 Two Country Select Pass prices. To accommodate shorter itineraries, a new three days in one month Eurail Global Pass has also been added for 2019. Travellers can now choose a flexi pass offering three, five or seven days of unlimited travel within a one-month period, or 10 or 15 travel days to be used within a two-month period, with a choice of consecutive or non-consecutive travel days. They can also opt for a continuous pass good for 15 or 22 travel days, or one, two or three travel months.

Now seniors ages 60 and over receive 10% off the adult fare on any Eurail Global Pass or Eurail One Country Pass for 1st and 2nd class travel.

Domestic and international options are now available on the more comprehensive Eurail Greek Islands Pass, which has expanded to include 53 participating islands. The international option, available in 1st and 2nd class, is valid for six trips within one month, with one round-trip Italy-Greece ferry connection and four domestic trips, including Trainose rail/bus transfer from Patras to Piraeus. A new five-trip option is available in 2nd class for five domestic trips within one month as well.

Those who wish to explore the Bernese Oberland region including Bern, Lucerne, Brig, and Emmental can use the new Berner Oberland Regional Pass for travel by rail, PostBus, or boats on Lake Thun and Brienz. The Berner Oberland Pass is anticipated to become available for purchase through Rail Europe beginning in March.