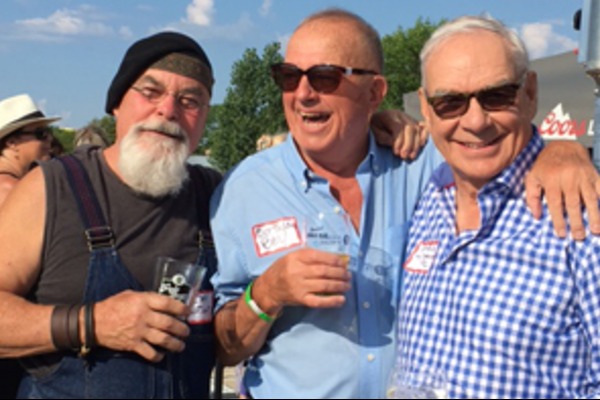 All of us here at Baxter Media were saddened to learn of the passing of Ronald Herbert Harding on Feb. 28, 2022, at the age of 84 at Collingwood Hospital after a life altering accident.

Harding was surrounded by his loved ones who will continue to honour his legacy by living life with love.

He was always a visionary with the natural ability to market to individuals, an example being ‘Ski Movie Nights’ at the Austrian Club in Toronto which was the impetus for filling airplanes of skiers for years.

In 1973, Patrick Brigham lured Ron to Sunquest Vacations and with such solid infrastructure backing him, Ron was free to live his imagination marketing the WORLD. There was simply no destination that Ron didn’t conquer and have a ball doing so. His Pied Piper days had begun, but now included the hundreds of Sunquesters and people in the industry who happily followed and supported Ron. His apartment was featured in Toronto Life, his warehouse at 212 Adelaide St West opening onto a roof, and there just wasn’t anything like it anywhere at the time. He was the “guy” past and present as close to a hundred friends and colleagues who revered him, dating back to the 60’s celebrated his 80th birthday. That kind of love and respect doesn’t grow on trees.

Love and respect are what Ron gave and received by everyone he encountered during his lifetime.

As tribute to Ron, please try to find a way to help someone have a great day. Coinciding with his love of animals, contributions to local animal shelters would have pleased him

A family gathering and celebration of life is to take place in the spring.

Friends may visit Ron’s online Book of Memories at www.fawcettfuneralhomes.com.

Celebrating his 80th birthday with friends, Harding (centre) is seen here with Bob Abrams (l) and Pat Brigham (r) … you can check out who else was there by going to https://www.travelpress.com/happy-birthday-ron/#.Yh91aulKiuV