RIU Set To Make A Home In Chicago 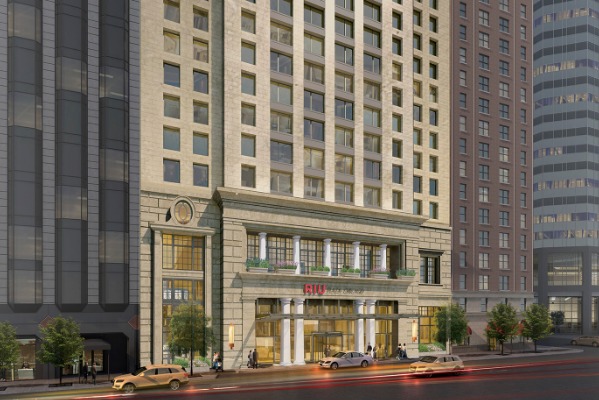 RIU Hotels & Resorts is moving forward in its expansion strategy for its Riu Plaza urban hotels by purchasing a plot of land in the heart of Chicago.

The newly-built skyscraper will house a hotel with 28 floors and more than 350 rooms. Construction work will begin in spring 2022 and is expected to last for around two years.

Chicago is the third largest city in the USA by population and is one of the most popular tourist destinations. The image of its skyline at the edge of Lake Michigan is recognized the world over and the Magnificent Mile shopping area, located right next to the future hotel, is the equivalent of New York’s 5th Avenue or Los Angeles’ Rodeo Drive.

Luis Riu, CEO of RIU Hotels & Resorts, observed: “We have been working to make this opportunity a reality for several years. It’s a dream location for any investor, right in the heart of the city. That’s why I’m so delighted to present this project, which has gone ahead despite numerous difficulties. Chicago is a great tourist destination that complements and enhances our range of urban hotels and strengthens RIU’s commitment to the United States, where we are about to open our fourth hotel, the Riu Plaza Manhattan Times Square.”

The hotel will be located at 150 East Ontario Street, a few metres from the Magnificent Mile.

RIU is about to open the hotel Riu Plaza Manhattan Times Square, taking the number of Riu Plaza hotels to nine.