Come For The Run, Stay For The Fun 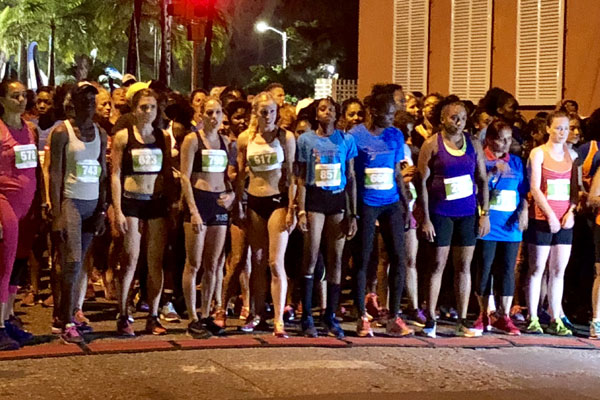 Run Barbados celebrated the 36th anniversary of its popular running series on the weekend, Dec. 7-9. More than 2,300 runners, from casual to competitive, travelled to Bridgetown, Barbados from 23 countries to participate in a weekend full of various running events, reports Press Today’s Ashley Rochefort, who’s on the road covering the run.

On Saturday afternoon, the festivities amped up with live music, stilt walkers, and crowds gathering to cheer on the 5K run, 5K walk, and 10K run participants.

The half and full marathons began Sunday at 4am to avoid the punishing Caribbean heat. 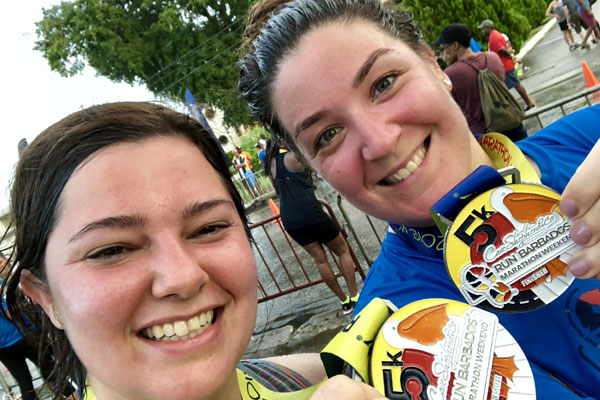 All races started from picturesque Carlisle Bay with race routes winding their way through historic downtown Bridgetown. Streets are often lined with locals cheering on the racers, and even the Prime Minister, Mia Mottley, appeared from her office’s balcony to wave to the competitors.

Run Barbados has evolved into one of the island’s most popular sporting attractions. Over the last few years a new organizing group, helped along by Canadian race organizers, has come a long way in making the event even more successful, growing the number of international runners significantly. Races are professionally timed for serious runners but still festive and light-hearted enough for casual participants as well. 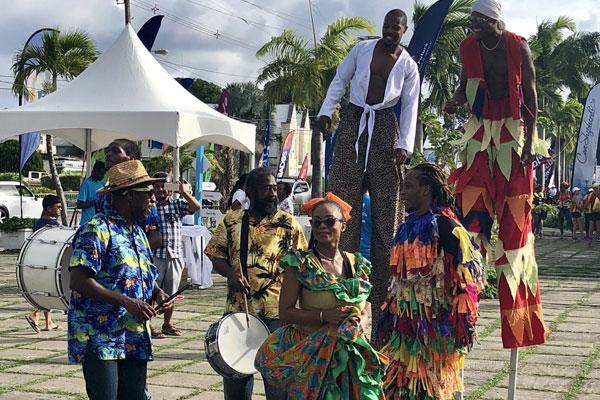 Festivities at the finish line.

Since 1984, Alan Brookes, Race Director of Canada Running Series and Toronto Waterfront Marathon, has been bringing groups of elite and average Canadian runners to Run Barbados; this year his group included 20 racers.

“Run Barbados is a celebration of running and with a variety of events there really is something for everybody,” explained Brookes. “The setting here on Carlisle Bay, along one of the most beautiful beaches in the Caribbean, with the sun setting over the 10K, it’s just gorgeous.” 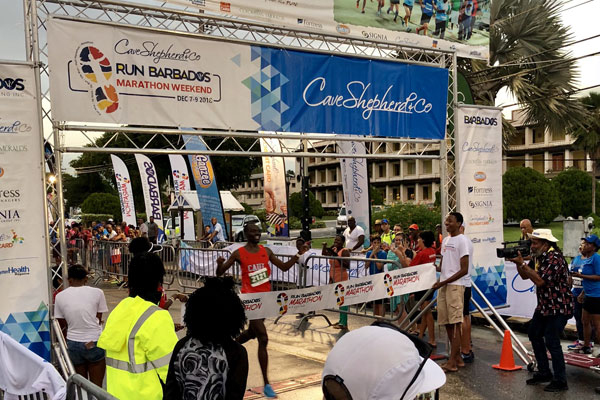 Yves Sikubwabo of Ottawa, ON finished first in the one mile, 10K, and half marathon

There were plenty of other Canadians in the mix too. From organized running clubs like the Brampton Benders and the Beaches Running Club to a 70 year old man who brought his entire family to the island to celebrate his birthday and participate in a few run events. 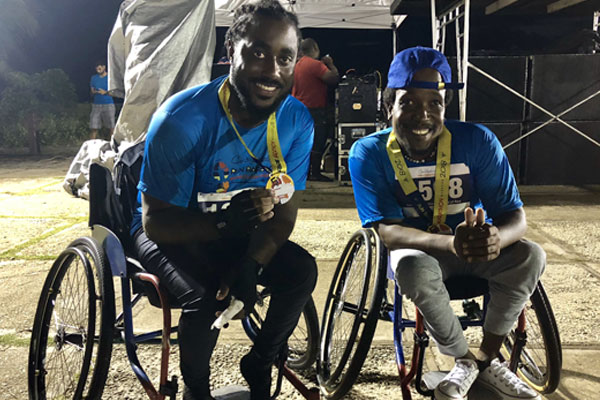 Run Barbados is for everyone. Sean Cooke and Christopher Gilkes after finishing first and second in the wheelchair 5K race.

Yves Sikubwabo, an elite runner from Ottawa, ON won the men’s half marathon and 10K. And Sarah Inglis from Langley, BC, Sasha Gollish from Toronto, ON, and Natasha Wodak from Vancouver, BC dominated all of the women’s elite events throughout the weekend. 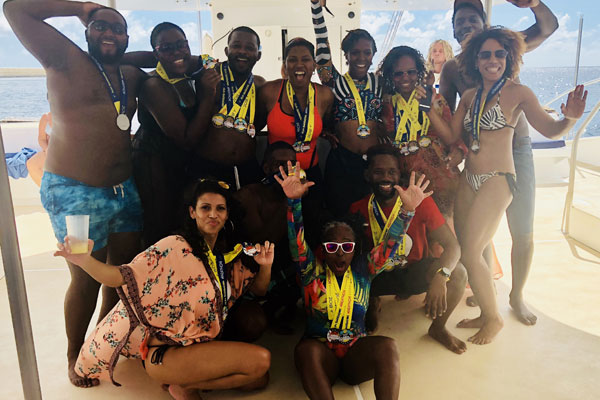 Running into runners on a catamaran tour and everywhere else during Run Barbados weekend.

How To Sell Run Barbados

“We’re partnering with his agency to support a group for the Run Barbados event in 2019,” explained Crichlow. “As an office, this is something we do regularly, working with agencies to support large groups of 15-20 for special activities.”

Through site tours, excursions, and participating in the run himself, Tom spent his time on the island planning for his group’s trip. 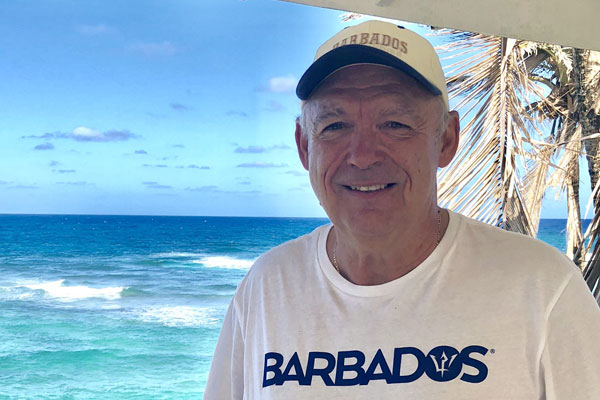 “I love working with groups and members of my family are runners, so I thought it would be a good idea to get some runners and their families together to participate in a Run Barbados vacation,” explained Hare. “Run Barbados has been a really, really special experience and I’m excited to bring my group down here next year.”

He plans to start promoting in January through social media and directly to local running shops and clubs.

Any agent can reach out to their BTMI rep for marketing support, group incentives, or to arrange FAM trips.

In the main photos