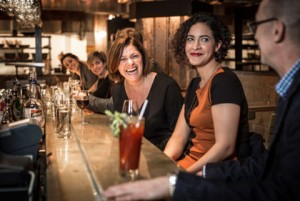 Although the city of Montreal is nearly 375 years old, it is regarded as eternally young at heart and constantly reinventing itself. Recent tourist and resident focus groups confirmed that Montreal’s identity is rooted in a creative, dynamic image, on the cutting-edge of new experiences.

Tourisme Montréal has sought to build on this image, reflecting the character of contemporary Montréal as a source of tourism creativity and happenings. Delegates to Rendez-vous Canada 2016 can catch that spirit at a number attractions in the city. These range from the Biodôme de Montréal and Montreal Museum of Fine Arts to the famous Pointe-à-Callière Museum of Archeology and History. This is also the  40th anniversary of the 1976 Montréal Summer Olympics.

A good way to reach these spots is with the new Passeport MTL, which gives visitors access to key Montréal attractions, as well as to the city’s entire public transit system. Card-holders can swipe their Passeport MTL smart card at participating transaction terminals. The 24-hour card sells for $64 and the 72-hour card for $109.

The RVC Today newsletter is a sponsor driven communication piece that is designed to educate RVC delegates on important aspects of the Canadian tourism industry. Watch out for RVC Today each week as the start of Rendez-vous 2016 approaches – and after the event as well.