FROM WESTERN CANADA TO THE WORLD

A cosmopolitan region with ties and access to destinations across North America and beyond, Western Canada is your clients’ gateway to the world. 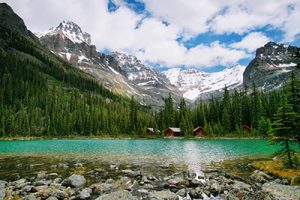 When it comes to Canada’s global presence, Ontario and Quebec often take center stage. However, one part of Canada is no less cosmopolitan, with an increasingly diverse population and economy that’s impacting the globe.

Western Canada is comprised of Manitoba, Saskatchewan, Alberta, and British Columbia—a region that covers roughly 30% of the country’s landmass. Over the past decades, strong provincial economies and employment prospects have led to a flood of immigration. Today, the region’s population of 11 million is incredibly diverse, creating connections to many faraway countries. And Air Canada is proud to help your clients explore these global connections, by using Western Canada as a gateway to the world.

OUT OF THE WEST

Manitoba, Saskatchewan, and Alberta make up the Canadian Prairies. Separated from these provinces by the Rocky Mountains, British Columbia spans all the way to the Pacific Coast. From these four provinces, your clients can access the globe. Whether it's domestic or transborder flights across continental North America, or pan-Pacific routes to exotic destinations, Air Canada is committed to bringing your client best-in-class service out of Western Canada.

CONNECTING TRAVELERS TO THE WORLD

Reaching the rest of the world requires world-class facilities. Located in all four provinces are international airports that welcome and connect travelers from the world over.

These numbers are only projected to grow as the region strengthens its global ties, and Air Canada expands its footprint in Western Canada.

GO WEST AND BEYOND

Air Canada also offers passengers time to unwind in airports across Western Canada. Your Business Class and eligible clients can enjoy access to our award-winning Maple Leaf Lounges in Vancouver, Calgary, Edmonton, Winnipeg, and Regina, where they can eat, rest, and receive personalized assistance in and between flights.

Whether your client is passing through Western Canada while headed abroad, or simply using its airports as a stepping stone to somewhere within the country, Air Canada is here to help. We’re proud of our service out of Western Canada, and are committed to connecting this diverse region to the rest of the world.