San Francisco Is Making It New 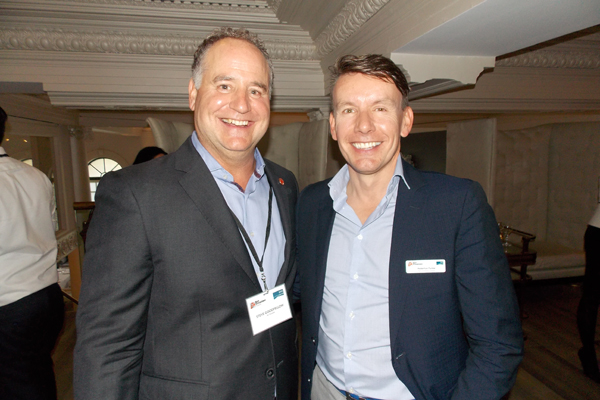 Representatives from San Francisco Travel welcomed a high profile group of travel agents, tour operators, airline executives and meeting planners at Toronto’s trendy Don Alfonso 1890 last night (June 19), updating them on a host of happenings taking place in the City by the Bay.

Canada has always been a strong market for San Francisco and it continues to perform extremely well,

Hubertus Funke, executive vice-president and chief tourism officer for the San Francisco Travel Association told Press Today in an interview during the evening.

However, Funke pointed out that Canadians are always looking for new things when they travel and there are plenty of new things in San Francisco for them to discover.

He pointed to the new Virgin Hotel, the Hyatt and the Yotel as just three examples, telling PT that the opening of new properties in the city is “really exciting because San Francisco hasn’t seen many new hotel openings in the last few years.”

San Francisco Travel’s executive vice-president and chief tourism officer, also pointed to the city’s culinary scene, which boasts an amazing number of Michelin-starred restaurants, that will clearly be a draw for Canadian visitors.

As for the strength of the Canadian market, Funke said that San Francisco Travel is forecasting a 6.2% increase in visitors from Canada in 2019, compared to 2018 – and that’s going to result in about $10 million in additional spending.

The growth in San Francisco’s Canadian business, Funke explained, is driven by the exceptionally good airlift the city has from across Canada.

He pointed out that there are 199 weekly flights operating between Canada and San Francisco International Airport, with Air Canada operating 115 of those each week.

As for travel agents and the trade here, Funke made it clear that San Francisco Travel continues to engage with agents as they are a key channel for the destination.

“We take agents seriously,” Funke stated, and then with a smile, added: “So send us more Canadians, we have lots of space.”
For more, on San Francisco, and all it has to offer, go to www.sftravel.com .