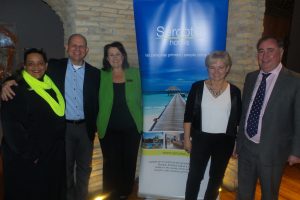 The company, in business for 22 years and which has some 185 properties in total, has opened a four-star all-inclusive resort in Cuba’s Cayo Guillermo and a five-star all-inclusive is planned for Cayo Santa Maria. That property is slated to open in September 2017.

Sercotel Club Cayo Guillermo is promoted as a family retreat that has 324 guest units, with those units having the likes of individually controlled air conditioning, a terrace or balcony, phone, international cable TV, safe deposit box, minibar and hairdryer.
Guests will also find a choice of restaurants and bars, and there are different activities available.

Sercotel’s Javier Garro Arza said during a Nov. 23 Toronto gathering that Sercotel hopes to see six more Cuba properties, one in Holguin, another in Varadero and four in Havana,with two of the Havana properties providing youth hostel-style stays, which would be a first for Cuba.

“We’re going to do something completely different,” he said of the two Cuba capital properties that will be “totally oriented to young people.”

The hostel-like retreats would have rooms of different sizes and feature the likes of TVs and air-conditioning.

Garro Arzo said his company works with major Canadian tour operators, while conceding that it needs to raise its Canadian profile. “We are brand new here. But we can make a name for ourselves.”