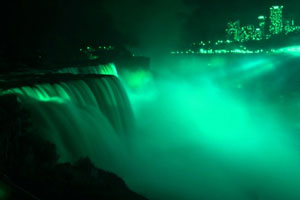 More than 250 iconic landmarks and sites around the world will be illuminated green over the coming days – as part of Tourism Ireland’s 2017 “Global Greening” initiative to celebrate the island of Ireland and St. Patrick.

The annual initiative, now in its eighth year, which sees a host of major landmarks around the world turn green for St. Patrick’s Day, has grown from strength to strength, with many new landmarks signing up to take part this year.

Stadiums, statues, castles and towers will go green in celebration, with new additions for 2017 including the One World Trade Center in New York.

Niall Gibbons, CEO of Tourism Ireland, commented, “This is the eighth year of Tourism Ireland’s Global Greening initiative and each year I am delighted to see even more well-known attractions and landmark sites wishing to get involved. The eagerness of cities and countries everywhere to take part underlines the strength of the deep connection that people all over the world feel to Ireland. More than 70 million people around the world claim links to the island of Ireland and St. Patrick’s Day is a truly unique opportunity to reconnect them with their heritage.” 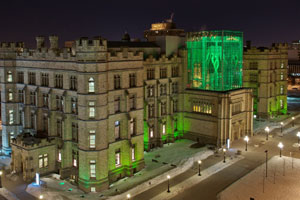