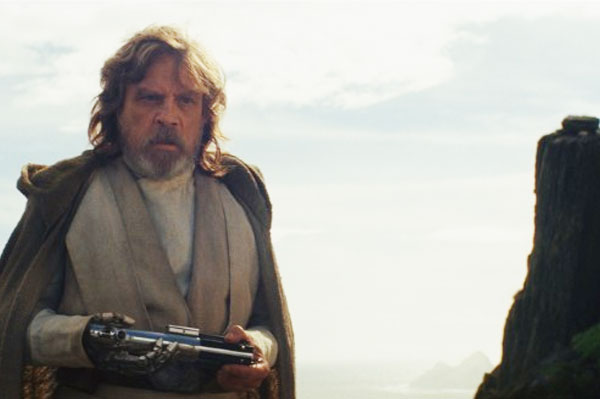 This new honourary role has been created to celebrate the achievements of those in the fields of business, arts, and the media who have a special connection with Ireland.

Nothing could be more special in 2018 than the connection Hamill has with Ireland and its people after his captivating journey along the Wild Atlantic Way – from Skellig Michael to Cork and all the way up to Donegal – for the filming of the latest chapters in the Star Wars saga.

This year’s theme for the St Patrick’s Festival is “Home,” with thousands of performers taking part in the rich tapestry of events around the city over the Festival’s five days (March 15-19). On March 17, St Patrick’s Day, Hamill will be a special guest in the Presidential stand in front of the National Festival Parade. As well professing his love of Ireland during and since filming (even Tayto crisps were enjoyed), Hamill has strong Irish roots – so it seems the 2018 theme is ideally suited to the superstar actor, too.

Big screen also meets small screen on St Patrick’s Day. While the Wild Atlantic Way provided the backdrop for Luke Skywalker over the last few years, Northern Ireland became Game of Thrones Territory. Fans of the fantastical series will be thrilled to hear that Ser Davos Seaworth, Irish actor Liam Cunningham, will also be taking part in the Festival. As Grand Marshal, Cunningham will lead Dublin’s festival parade through the streets of the city on St Patrick’s Day.