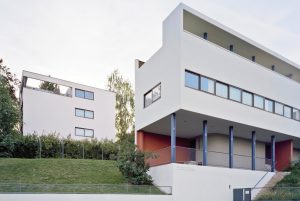 As part of a transnational joint application, Stuttgart and destinations in seven other countries applied to have 17 of Le Corbusier’s buildings listed due to the architect’s outstanding contribution to Modernism. The two Stuttgart houses are the architect’s only buildings in Germany and include the Weissenhof Museum, which illustrates the radical change in architecture around the time of the Second World War, as well as Le Corbusier’s visionary thinking.