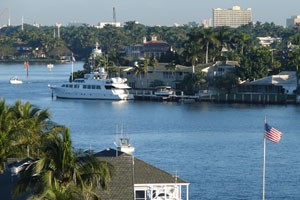 Florida has set another record in tourism by welcoming 105 million visitors in 2015, including four million Canadians.

This is the fifth consecutive record year for visitation to Florida, exceeding the previous high of 98.5 million in 2014 by 6.6%. The average number of direct travel-related jobs in 2015 was also a record high, with 1,199,200 Floridians employed in the tourism industry – up 53,400 or 4.7% over the same period last year.

Governor Rick Scott commented, “I am proud to announce that Florida has surpassed our tourism goal and welcomed an historic 105 million visitors to our state in 2015… Tourism plays an important role in supporting our economy and we will continue to make strategic investments in the tourism industry to keep Florida on track to becoming first for jobs. With five consecutive record years for tourism, it is time to set our goal even higher, and I look forward to welcoming 115 million visitors to the Sunshine State this year.”

VISIT FLORIDA estimates that a total of 11.2 million overseas visitors came to Florida in 2015, plus a record 89.8 million domestic visitors, reflecting an 8% increase over 2014.