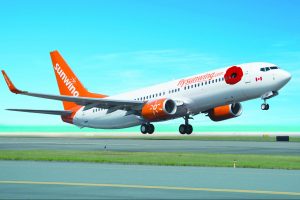 Sunwing is honouring those men and women who made the ultimate sacrifice for our country by donating all funds raised on board the airline as part of its spare change program to the Royal Canadian Legion Poppy campaign.

Flight attendants will have envelopes available onboard for those who would like to make a contribution. In addition, the travel company will match the total amount raised with a donation of its own of the same value. One hundred per cent of all funds collected on the day will be given to the Royal Canadian Legion Poppy campaign.

Normally the airline’s spare change program raises funds for the Sunwing Foundation (a charitable initiative established by the Hunter family to support youth development projects in destinations served by the travel company). Last year the Foundation completed its first major project, the building of an elementary school in Jamaica.

The donations raised today (Nov. 11) will support the Royal Canadian Legion in maintaining and improving services, as well as providing financial assistance to Canadian Armed Forces members, veterans, or their family members who are in financial distress.