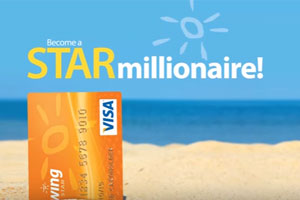 Sunwing has announced the winner of its STARmillionaire promotion – Alexis Parks of Jubilee Travel in Burnaby, BC.

Launched in April to coincide with the 2016/2017 Groups Guide, the STARmillionaire promotion gave agents the chance to win one million STAR Agent Reward points each time they booked a group of 10 adults or more with either Sunwing or Signature Vacations by June 28. All qualifying agents were entered into a draw to win a million STAR points that could be converted into cash with an equivalent value of $1,800 ($1 is equivalent to 555 STAR points).

Parks was selected by a random draw and was visited at her agency by the Sunwing Vacations team who shared the good news.