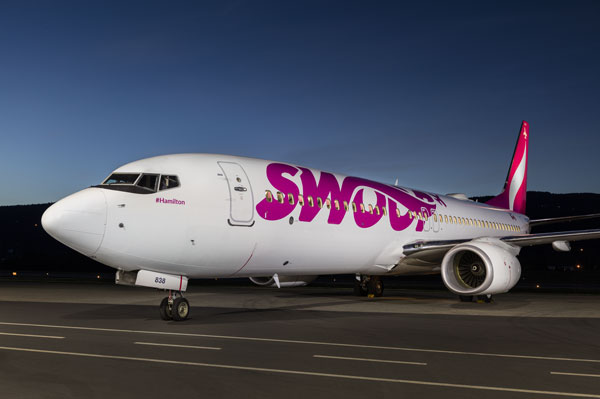 Swoop has released its domestic winter schedule with flights available for booking from Oct. 27 to April 27, 2019.

According to officials, Swoop, which started operations on June 20, has been warmly received by Canadian travellers, with steady bookings and noticeably full flights.

“Swoop has been endorsed by Canadian travellers in the way that matters most, they are buying seats,” said Michael Claeren, senior leader of Revenue and Pricing. “With strong sales going into the fall and full aircraft throughout the summer, we are proud to offer non-stop ultra-low-cost flight options from coast-to-coast.”

To celebrate the route launch between Edmonton and Abbotsford, Swoop is offering a web-only seat sale.