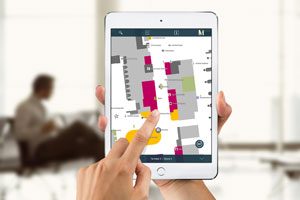 A virtual tour of Munich Airport is just a few clicks away – thanks to state-of-the-art 360° imaging technology. And Munich is the world’s first airport to offer this innovative service.

A crew with a high-tech mobile camera spent months covering every area, both before and after security, recording digitized images of the approximately 300,000 square metres in the Munich Airport Center (MAC), the two terminals and the new Terminal 2 satellite facility.

The results can now be accessed online at https://navigation.munich-airport.de/.

The virtual tour of the airport’s interior will be launched immediately on the user’s PC, tablet or smartphone.

The application offers plenty of useful functionality: more than 1,000 points of interest are embedded in the maps, from shops, bars and restaurants to services and departure gates.

Well over one million panoramic photos were processed to produce the digital map material.

The technology for the digital airport tour was provided by the Munich company NavVis GmbH. The digital agency Baro & Pfannenstein developed the control concept and user interface.

To embark on the digital tour, users simply click on the area they wish to visit in the opening map. Next they select their desired direction for a realistic stroll through the airport. Holding the left mouse button permits rotation to the left or right or up and down.

It’s a perfect way for a passenger planning their first flight to or from Munich to become familiar with the airport before leaving home.

The new resource makes it possible to take a virtual tour of every terminal building.