‘Taste the World’ With Etihad Airways 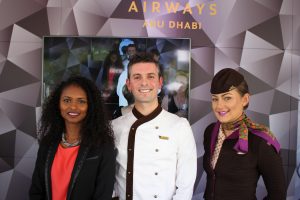 Etihad Airways showcased its commitment to providing unmatched culinary and hospitality experiences in the air and on the ground at the third annual “Taste of Toronto” Festival last night.

The festival runs through the weekend at the Garrison Common at Fort York National Historic Site. In March, Etihad announced a multi-year partnership with Taste Festivals Ltd, the organizers of the world’s leading restaurant events since 2014, having a presence at 14 Taste festivals scheduled in 2016.

Visitors of Taste of Toronto are being be offered an opportunity to immerse themselves in the airline’s world-class culture and service with Etihad Airways renowned cabin crew, including one of the airline’s signature inflight chefs, on site to highlight elements of the Etihad Airways experience.

“As part of Etihad Airways’ global partnership with Taste, we are proud to sponsor such an exciting, world-class culinary event,” said Shane O’Hare, senior vice-president of marketing, Etihad Airways. “Toronto is an important destination for our guests, offering a diverse food and hospitality scene, and Taste of Toronto represents the ultimate occasion to promote our award-winning services onboard our aircraft and within our spectacular airport lounges.”

The airline will also host a “Taste the World” initiative to honour and celebrate rising culinary talents from each of the 12 Taste festivals outside of the UAE. The winners, including one chef from Taste of Toronto, will earn a trip to Taste of Abu Dhabi where they will have the opportunity to test their skills against the airline’s celebrated inflight chefs.

“Etihad Airways is pleased to welcome guests attending Taste of Toronto Festival to enjoy firsthand a sampling of the unparalleled luxury, comfort and service our airline and our employees provide every day,” said Fatma Al Mehairi, Etihad Airways’ general manager for Canada.” 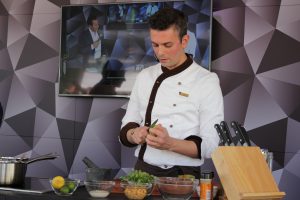