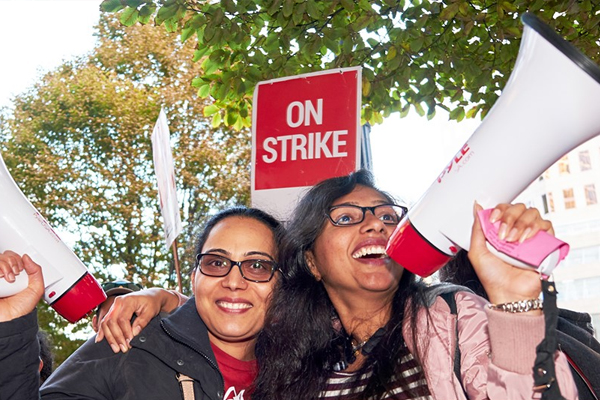 On Tuesday (Oct. 15), a tentative agreement was reached to end a strike by about 1,500 hotel staff employed at four hotels in downtown Vancouver.

The unratified deal was struck between the union representing the workers – UNITE HERE Local 40 – and the Westin Bayshore, Hyatt Regency, Pinnacle Harbourfront and Four Seasons hotels.

The agreement “secures significant wage increases for hotel staff over a four year period, implements protections against sexual harassment, strengthens job security for room attendants and kitchen and restaurant workers, and maintains health insurance,” says a statement by Local 40. The union also reps staff like front desk workers and bellmen. No agreement has been yet reached with a fifth hotel – the Rosewood Hotel Georgia – where the strike continues.

The deal comes just one day after the strikers had assembled at the Westin Bayshore for a Hotel Workers Thanksgiving Lunch, led by NDP prime minister candidate Jagmeet Singh. “Jagmeet Singh is the first federal party leader to show support for striking hotel workers in their fight for secure and safe jobs in Canada’s most expensive city,” said the union.

Another element that may have played a part in forging the agreement was a call by the BC Federation of Labour last week for hotel customers to boycott the hotels. It requested that the public not cross picket lines or do business with the hotels, either in person or on-line.

“Our affiliated unions are cancelling bookings and avoiding future events with these hotels,” said Laird Cronk, president of the BCFED last week. “We encourage other organizations and individuals to do the same for the duration of the dispute. Working together, we can exert real pressure and send a strong message that these workers deserve a fair contract,” Cronk said at the time.

Hotel workers voiced their approval for the tentative agreement. “I’m very happy about the workload reductions for room attendants. The job security we’ve won is also great for our members, our families and will keep our union strong,” said Teresita Gonzales, a room attendant supervisor at the Pinnacle Habourfront hotel.