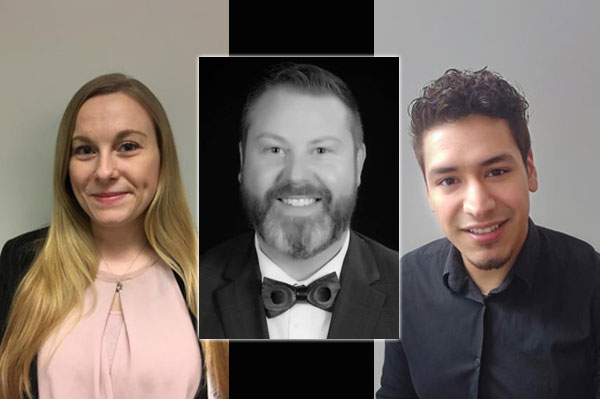 Contreras Aragon will cover the regions from Toronto East to Kingston. He most recently worked with Air Canada Rouge as a flight attendant and is very enthusiastic about this new opportunity. He can be reached at jcontrerasaragon@vacv.com.

Crawford will cover the regions from Southwestern Ontario to Windsor. He most recently worked with Royal Caribbean/Celebrity Cruise as onboard sales consultant & destination expert and prior to that, with WestJet where he was a guest service ambassador. Crawford can be reached at acrawford@vacv.com.

Cornthwaite will cover the regions of West and Downtown Vancouver, Vancouver Island, Northern BC, Richmond, Ladner, North Shore and the Yukon. She was recently a business development manager for Tucan Travel. Cornthwaite can be reached at ccornthwaite@vacv.com.