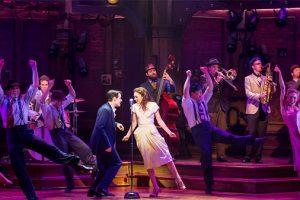 The popular biannual program is now in its seventh year and will run from Sept. 4-17, offering visitors the opportunity to purchase two-for-one tickets to 23 top Broadway shows. Of the participating shows, 12 are new to NYC Broadway Week, including the critically acclaimed 1984, Groundhog Day and War Paint, among others.
Tickets for NYC Broadway Week can be purchased at http://www.nycgo.com/broadwayweek.

“Attending a live Broadway performance is an iconic New York City experience, and NYC Broadway Week allows everyone the chance to enjoy a show at a great value,” said Fred Dixon, president and CEO of NYC & Company. “With one million NYC Broadway Week tickets sold since the program began over six years ago, NYC & Company is proud to support the Broadway community as well as offer New Yorkers and visitors additional access to the performing arts.”