Time To Explore The Florida Keys 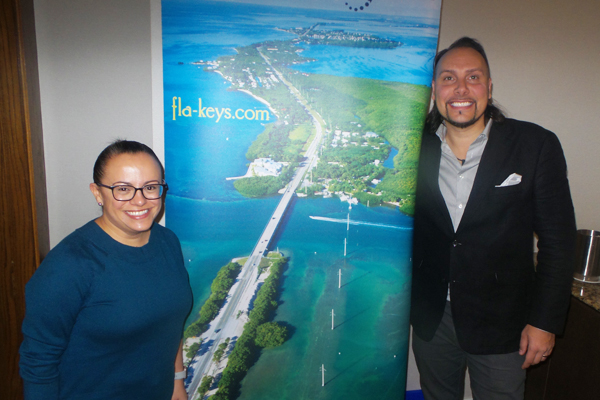 The Wreck Trek is great for divers with a fish wish.

Florida Keys spokeswoman Ashley Serrate said during a Thursday Toronto gathering that the islands, found off of southernmost Florida, are great for the underwater exploration crowd, having both numerous dive operators and many dive sites, sites chosen because they’ll appeal to divers.

Some of those sites include sunken ships that collectively make up the Wreck Trek, with two of the wrecks being former US naval ships that were decommissioned and then scuttled, with the submerged vessels now serving as artificial reefs that attract fish and other marine life divers can spot.

Divers may explore two Wreck Trek sites a day if they choose and can be issued a “passport” that their dive operators will stamp, verifying that they were there.

Serrate notes that those wanting to learn to dive or brush up on their diving skills can easily do so in the Keys because of the many dive operators found there.

The Keys are also notable because of their having the only barrier coral reef in the continental US.

Divers and other watersports enthusiasts can explore the Florida Keys National Marine Sanctuary, which encompasses 2,900 square nautical miles of water.

The Keys are tackling environmental issues, having released the “10 ‘Keymandments” for ecology conscious visitors, 10 tips on how visitors can help safeguard the local environment.

Serrate adds that the Keys proudly march to the beat of their own drummer, adding that decades ago the destination decided to secede from the United States because of annoyance with what was seen as heavy-handed behavior from some American authorities. Serrate says her destination “promptly rejoined the union” but the brief fling with independence is still celebrated annually in later April, with “Conch Republic flags” being displayed.

Serrate says visitors “need at least five nights” to properly explore the Keys and added “multi-generational travel is really huge in our destination” as longtime visitors begin revisiting with children and grandchildren.

Seen here are Serrate and Jerry Grymek of LMA, which represents the Keys in this country