Home › Events › TL Network Takes It To The EDGE

TL Network Takes It To The EDGE 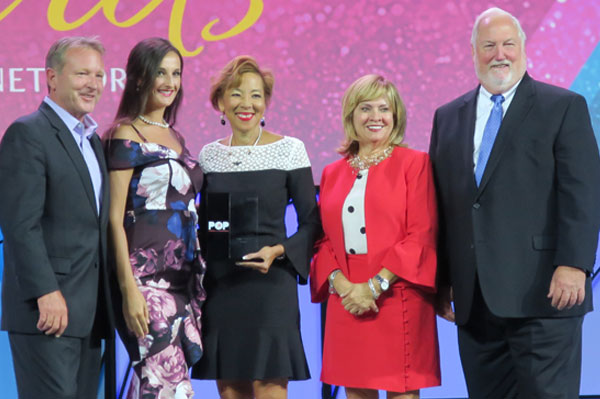 Considered one of the travel industry’s largest travel agency organizations, top agencies were celebrated at the“Power of the Partnership” Awards event which recognizes excellence among its membership.

Among the many Canadian agencies recognized in the Affiliate Agency Awards were Sahara Travel from Toronto in the Small Agency category; mid-sized agency All In One Travel in Toronto; while New West Travel was awarded the large agency award. The agency affiliate with the most Cruise Pro bookings with TL Network in Canada is KVI Travel winning its fifth year consecutively. For the Chairman’s Elite Award, the Canadian Agency Affiliate awarded this prize was The Destination Experts from Windsor, Nova Scotia. The evening’s ceremony also recognized a variety of other categories.

“By continually putting their clients’ needs first – while also taking advantage of TL Network’s technology, tools, and valuable supplier partnerships – these Canadian travel agencies have achieved tremendous success over the past year,” said TL Network Canada vice-president Christine James. “These agencies can feel extremely proud of what they have accomplished and to be singled out for this very exciting, well-deserved honour.”

The evening’s line-up included a Q and A session from three member agency representatives who shared success stories from the various tools available from the TL Network. Kyle Oram, CEO of KVI Travel, whose company uses one of the programs known as Distinctive Voyages explained one of the biggest benefits in using this program is for the value adds his clients receive. “Our clients love it because basically for no added cost you get a free shore excursion, private cocktail party and the piece of mind that you get a host taking care of you if you’re trying to figure out your schedule.”

The attendees heard from gold sponsors AmaWaterways, and Princess Cruises shared notes on new developments. Kristin Karst, executive vice president of AmaWaterways relayed lifestyle trends in wellness and wine have inspired her river cruise company to have 50 wine cruises this year alone as well as the benefits of a dedicated wellness host onboard six ships covering pretty much all the rivers. “This could start as a 7:30 morning stretch before the shore excursion starts,” she offered and added, “even if it is just for the champagne yoga.”

John Chernesky, vice-president of North Americas sales with Princess Cruises presented some of the new on-board cruise programs to bring the destination onto the ship. Maori presenters have been featured in the New Zealand and Australia program called “Across the Ditch,” and Hollywood TV and music celebrity speakers have been featured on the California coastal sailings a few examples of some of the cruise highlights he presented.

More than 2,000 travel industry professionals from across the U.S. and Canada are gathering this week at Caesars Palace in Las Vegas for the annual international conference hosted by Travel Leaders Network. The five-day EDGE conference runs from June 12-16 and features educational workshops, professional development sessions, technology showcases and guest speakers.

John Lovell; Diana Plihtiak with All In One Travel; Christine James; Karin Viera and Roger Block.