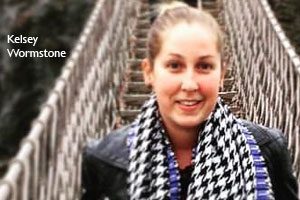 Trafalgar Canada has welcomed Kelsey Wormstone as its new sales manager for Ottawa and northern/eastern Ontario.

Wormstone has worked several years in the travel industry, both as a travel agent for Flight Centre and most recently with Scenic Tours in Britain.

In her past roles, Wormstone has booked a range of product for her clients, including Trafalgar, and having been a travel agent herself, possesses inside knowledge on the agent experience. She recently moved back to Ottawa after living in Manchester, England, for two and a half years that allowed her to successfully cross 19 new countries off her bucket list.

In her new role, Wormstone will be responsible for overseeing sales, as well as nurturing relationships with agents and agencies from across Ottawa and the eastern/northern Ontario regions for Trafalgar Canada.