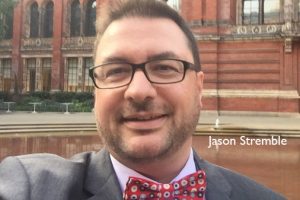 Trafalgar has announced the promotion of Jason Stremble to sales manager for the Greater Toronto Area.

Having been with Trafalgar since 2012, after years in the travel industry with Globus and Thomas Cook, Stremble has moved through the brand representing Southwestern Ontario as well as Eastern and Northern Ontario in a sales manager capacity.

Stremble has travelled extensively around the world, most recently to Japan and Ireland, and will bring a wealth of experience to his new position.