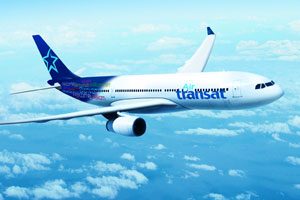 Air Transat flight attendants voted 93.2% to reject a tentative agreement reached on June 6 with the employer to renew their collective agreement.

Their union, the Air Transat Component of the Canadian Union of Public Employees (CUPE), proposes that the parties return immediately to the negotiation table.

If no new agreement is reached by July 8 at 11:59 p.m., the union will initiate pressure tactics that might include a strike. On June 1, flight attendants voted 98.5% in favour of a strike mandate.

“Air Transat management is requesting a substantial increase in our workload. In the past, we have agreed to make several concessions to help the company. Now that Air Transat is doing better, we want to be treated fairly,” said Martyn Smith, president of the Air Transat Component of CUPE.

The previous collective agreement ended on Oct. 31, 2015. The negotiation process started in September 2015. Last March, while the negotiations were in deadlock, the union requested the assistance of the Federal Mediation and Conciliation Service. A federal mediator is still in charge of the file.